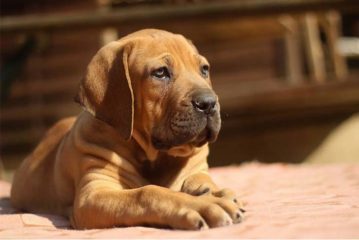 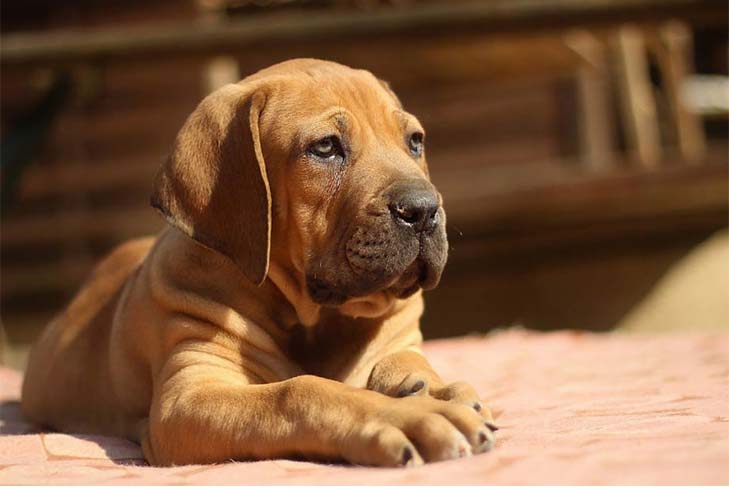 We have to start by saying that Boerboel dog is a large Mastiff-type breed that comes from South Africa where they guard the land of homesteaders and rural farmers.

Since South Africa features a wide array of fierce and large animals such as lions, hyenas and many more, this particular breed was the first line of defense that protected families and properties against these predators.

They are also a perfect solution if you wish to track animals, to catch wounded pray animals and to restrain larger ones as well. Of course, it is crucial to find a perfect breeder that will provide you South African puppies for sale.

That is not something you should Google and use the first breeder that pops up. The idea is to conduct comprehensive research, but first, you should understand the characteristics and features of this particular breed.

What You Should Know About Them 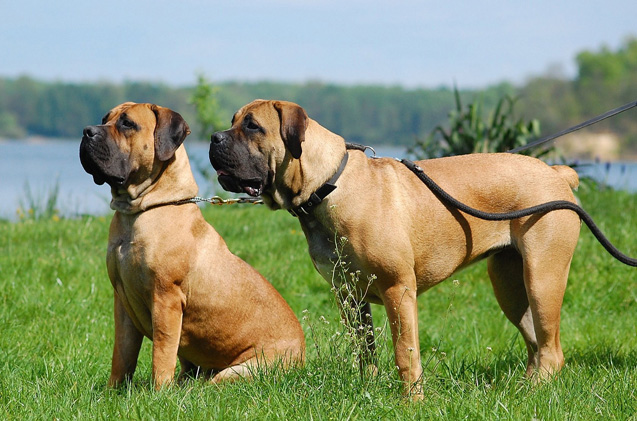 Boerboel means farmer’s dog in Dutch, and that tells us their history in general. For instance, they were bred and specifically created within South African borders with the idea to assist farmers with work and livestock guarding.

Even though their breed started in South Africa, people are still having disputes when it comes to traces of original races that lead to the creation of Boerboel.

According to experts, origins come from crossbreeding of dogs that Dutch, French, and English settlers brought as well as native African dogs.

Since the growth of diamond mining reached high importance in the 20th century, companies decided to import large Mastiff dogs inside and cross them with Boerboel dogs with an idea to produce heavy and large dogs that will guard the mines.

The Boerboel Breeders Association appeared in public in 1983, and they wanted to popularize this particular breed and raise the profile abroad South Africa. At the same time, their main goal was to simplify this breed as a distinctive South African breed.

Even today, they are highly popular among South African people as both working dogs and pets. However, they gained international prominence as well. It is important to understand what are mastiff-type breeds, which is why we recommend you to check here for more information.

The Boerboel is a guarding dog, and they are perfect choices if you wish to find dogs with high levels of courage, loyalty, and tenacity to their owners.

Of course, some owners use these traits to make it fighting dogs, which is why they have been banned in Scandinavia, specifically in Denmark.

We have mentioned above that this is a large dog that comes with the proportional appearance and heavy musculature. They can reach up to 80 kilos, and 70 cm height on average. The males of the breed are highly larger and heavier than females, and that is something you should remember.

At the same time, they have a single-layered coat, which is dense and short and features shiny and smooth appearance as well. You can see them in numerous colors that include black, fawn, brindle, brown, red, and muzzle.

They feature black facial markings as well as the black muzzle, which is a common trait, but it is not mandatory.

Since they became prominent after regular outcrossing and crossbreeding, these dogs feature genetic diversity. At the same time, they are not prone to genetic health issues as other breeds that share similar crossbreeding history.

The main problem that could happen with them, similarly as with other large dogs is that they feature high-risk factors that are common for large breeds. The most common issues that could happen are eye issues such as ectropion or entropion, as well as elbow and hip dysplasia.

Female dogs are prone to vaginal hyperplasia, while young ones can develop epilepsy that could be triggered by dietary, metabolic changes or stress. The best ways to learn how to measure your dog’s height is by checking out this link: https://www.wikihow.pet/Measure-Dog-Height.

It is vital to keep them active and in traditional working roles such as guarding and protecting. However, that poses a risk of them being killed or injured after a brawl with other predators.

However, that will not be problematic if you wish to keep them as pets. However, we recommend you to avoid buying them if you live in an apartment, because narrow space could cause behavioral issues.

They need to stay active throughout the lifetime, so you have to be a patient and experienced dog owner if you wish to purchase a Boerboel.

The answer to this question depends on what you mean by crying. Yes, dogs have tear ducts and they also ...

Having a pet in your house is among the happiest moments you may have as a pet proprietor. However with ...

Q. A neighbor’s canine bit my son. My neighbor says the pethas by no means bitten anybody earlier than. For ...