Pets Care Advice Dogs Foods That Are Bad For Dogs

Foods That Are Bad For Dogs 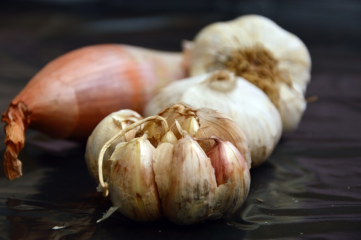 Dogs aren’t the pickiest when it comes to snacking, that’s a well-known fact. But just because your dog will eat something, it doesn’t mean it’s good for them. Feeding the wrong food to your dog could lead to either minor indigestions at best or could be life-threatening at worst. If you want the best for your dog and want to know what foods could potentially be harmful to them, here are some examples of foods you should never feed your dog.

Leeks, garlic, and onions are all part of the allium family, and these can cause your dog to become anemic over time by breaking down their red blood cells. Garlic should be avoided at all costs as it is five times as toxic as any other allium plant to dogs. You should be especially concerned if your dog ingested a large quantity of either of these but eating small quantities over a long period of time can be harmful as well. Symptoms to anemia to watch include lack of energy, less interest in food, vomiting, and breathlessness among other things.

While they may seem harmless at first glance, these fruits can be very harmful to dogs. But the issue isn’t with the fruit but their large pits. Dogs could swallow the pits whole, which could lead to serious intestinal blockages. The pits are also rich in cyanide, which is harmful to both dogs and humans. Since dogs will have a tendency to eat the pits too, that cyanide will be released, which could lead to complications.

There is a compound in grapes and raisins that could be dangerous to dogs. While the compound itself remains unknown, it has been linked to severe kidney damage and failure in dogs. Feeding grapes to your dog could lead to liver problems as well, so they should be avoided at any cost.  If your dog does accidentally eat either of these, contact central Oregon veterinarians for advice.

While we don’t expect any responsible owner to give their dog alcohol, you have to be careful with alcohol whenever there’s a dog around. Just them sipping a little bit that was spilled on the floor could be enough to make them severely sick.

Alcohol has the same damaging effects on dogs as it does on humans, but its effects are much greater in dogs. Just drinking a bit of alcohol could lead to diarrhea, vomiting, nervous system depression, coma, or even death. So, make sure that you take them for emergency care if you notice they are severely intoxicated. And make sure that you keep a close eye on fruit cocktails or any other drinks that masks alcohol, as your dog may be more likely to drink those.

Now that you know some of the foods your dog should never ingest, make sure that you take the proper precautions to make sure that they don’t eat them by accident. Also, make sure to ask your vet for a complete list of potentially harmful foods for dogs, so they can be avoided. If you want to dry your dog quickly, a microfiber towel is a perfect solution for your pet. For dogs, ...

When thinking about cardiac issues we automatically assume that it’s a human problem. After all, we have been led to ...

We have to start by saying that Boerboel dog is a large Mastiff-type breed that comes from South Africa where ...